Landmark Plastic Corporation of Akron, OH specializes in the manufacture of plastic horticultural plant packaging and growing systems. One popular product is a six cavity transport tray thermoformed from recycled polypropylene. Continuous improvement efforts identified an unacceptably high reject rate upon start up caused by tear-outs in the raised corners of the part. This offered an opportunity to review process and tooling. The critical areas of the part are shown in Figure 1. 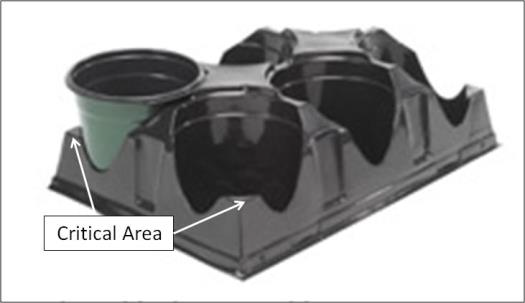 Landmark was using a plug assist made from HYTAC®-W. HYTAC®-W is an entry level epoxy based syntactic foam that works well for many applications. Following a review of application requirements and current results, CMT suggested Landmark run trials with HYTAC®-B1X. HYTAC®-B1X combines the toughness of an engineering thermoplastic with the low thermal conductivity of a syntactic foam. Compared to HYTAC-®W, HYTAC®-B1X has greater friction at the plug-sheet interface which allows it to carry more material into the mold and improve material distribution. Evaluation trials run with HYTAC®-B1X achieved dramatic improvements. With HYTAC®-B1X, the line started up faster and the amount of scrap was reduced to near zero percent. Parts made with HYTAC®-B1X and W plugs were measured for thickness to determine differences in material distribution. In each of the critical corner areas, six measurements were made as shown in Figure 2. As illustrated in Figure 3, the average thickness at the top of the critical corner area increased by 10% when using the HYTAC®B1X plug.

In addition, the minimum thickness values in the critical top corner area were 41% greater with the HYTAC®-B1X plug, as depicted in Figure 4. As a result of the trials, Landmark found the choice of plug material had a direct correlation with material distribution, startup time and scrap rates. Selection of a plug assist material with properties optimized for the sheet and application requirements resulted in significant material and operational savings. 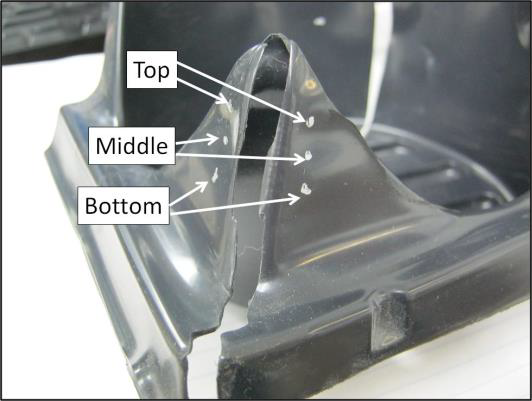 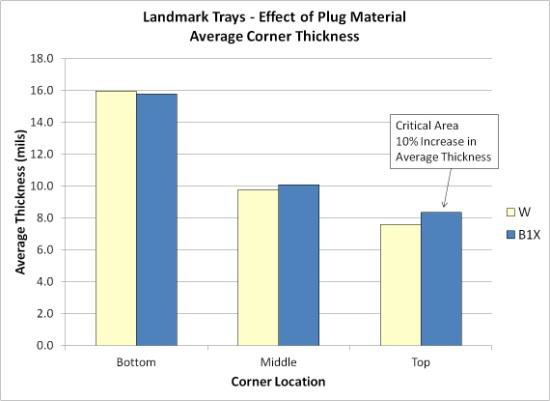 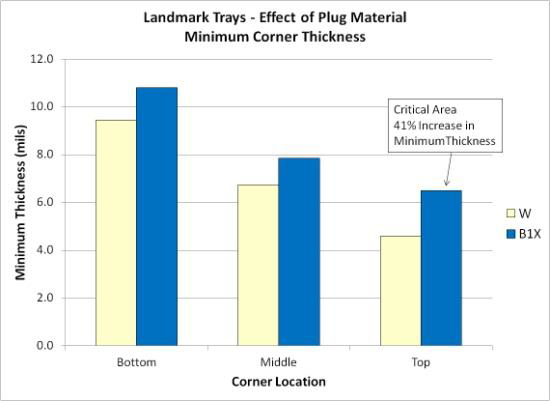 More information about this case